Headaches are the one ailment that most people on earth have probably experienced at some point in their lives. Like hunger, it’s something we have all experienced. Then there are migraines – they are a severe form of headache that can cause excruciating throbbing pain, usually on one side of the head. Most people experience nausea and vomiting, and an extreme sensitivity to light and sound as well.

Migraine attacks can sentence a sufferer to a dark room for hours to days, lying in isolation, virtually incapacitated. Migraines are so common that we all either know someone who suffers from it, or struggle with migraine ourselves.

According to the Migraine Research Foundation, migraine is the third-most prevalent illness in the world and the sixth-most disabling illness. Around 10% of the world population suffers from migraine headaches. For millions of people, it’s a chronic condition that seriously affects their quality of life, with women disproportionally affected.

Common, over the counter medications like aspirin and acetaminophen (Tylenol, others) used to treat headaches, can lead to headaches because of medication overuse. In severe cases, people take opioids to alleviate migraine pain, but opioids have been found to only provide temporary pain relief, while continued use over time can actually worsen migraines, prolonging the pain and increasing the number of episodes. Opioids also have serious adverse effects like the risk of addiction.

It’s time for a new solution. Could CBD oil Canada be part of that solution?

What is CBD oil?

CBD, short for cannabidoil, is an active chemical compound found in the cannabis plant. There are more than a hundred of these compounds in both marijuana and hemp, CBD and tetrahydrocannabinol (THC) being the two most familiar to most people.

CBD oil in Canada is made by combining CBD extract from cannabis plants grown on pristine farmland and mixing it with a carrier oil.

Cannabinoids have their effects through their interaction with the body’s endocannabinoid system (ECS). The ECS is a network of receptors and enzymes throughout the body responsible for physiological, emotional and cognitive homeostasis.

The endocannabinoid system is home to a host of cannabinoid receptors, called CB1 and CB2, which interact with cannabinoids like CBD and THC.

CBD has shown promise for the treatment of various conditions that involve pain. Scientists have been studying CBD for the treatment of chronic pain since the early 2000s. It’s important to know that many of these studies were well-designed randomized, double-blinded, and placebo-controlled.

There is a scientific basis for the treatment of chronic pain with cannabis that is based on more than 10,000 scientific abstracts reviewed by the National Academy of Sciences, Engineering and Medicine (NASEM) in 2017. The review looked at the effect of cannabinoid treatment for twelve different kinds of pain.

In another study, scientists found that CBD treatment significantly reduced pain in many instances, including intractable pain due to multiple sclerosis, spinal cord injury, brachial plexus injury, and limb amputation.

A 2020 New Zealand study on the safety of CBD treatment found the cannabinoid was safe for long-term use, and improved pain and quality of life for 400 patients with chronic pain.

What about migraine pain?

A review published as recently as August 2021, looked at 34 articles about CBD for the treatment of migraine. The literature showed that medical cannabis use decreases migraine duration and frequency and headaches. The writers concluded that medical cannabis therapy may benefit people who suffer from migraines, because it’s effective and easy to take.

At the 3rd European Academy of Neurology Congress 2017 an Italian researcher, Dr Maria Nicolodi, presented a paper about her team’s research on the suitability of cannabinoids for the treatment of migraine and cluster headaches. Most studies on migraines, including this one, involve a combined use of CBD and THC.

Phase I of the study involved finding the optimal dosage of cannabinoids for headaches. A group of 48 chronic migraine patients received a starting dose of 10 mg consisting of two compounds: the first containing 19% THC and the second 9% CBD, but no THC. The team found that doses smaller than 100 mg were ineffective and that a 200 mg dose reduced acute pain by 55%.

Phase II of the study involved 79 chronic migraine patients receiving either a dose of 25 mg of an antidepressant for migraine or 200 mg of the THC-CBD combination for 3 months. At the same time, 48 cluster headache patients received either 200 mg of the THC-CBD combination or a daily 480 mg dose of the calcium channel blocker verapamil. Patients in both groups also receive an additional 200 mg TCH-CBD for acute pain.

The treatment lasted for three months and the scientists did a four-month follow-up. For decreasing attacks, the TCH-CBD was slightly more effective than amitriptyline. For reducing pain in migraine patients, the cannabinoids were quite effective, reducing pain by 43.5% with similar results in cluster headache patients who had suffered from migraines in their childhood. Patients who had not had migraines before did not show any improvement.

Medical marijuana contains three cannabinoids: THC, CBD, and CBN. A 2018 study that surveyed 2,032 people suffering form 21 different illnesses found a very positive outcome. These people were treating their migraine, headache, arthritis, and chronic pain with medical marijuana. The study found that most patients whose main symptom was pain, were able to replace prescription medications, most commonly opioids, with medicinal cannabis.

Medical marijuana, and CBD oil Canada could play an enormous role in relieving migraine pain.  However, scientist warn that there is too little data on the long-term safety of medical cannabis use. Larger, well-designed studies over longer time periods are necessary to determine the long-term efficacy and long-term safety of cannabinoids so physicians can have definitive information regarding the risk and benefits of cannabinoids use for the treatment of pain.

You can visit this magazine247 to get more information. Or if you want to get all sorts of magazine news then it magazineupdate will be very helpful for you. This is magazineweb360 the another way to get latest news around the world.

The Ultimate Guide To Online Dating 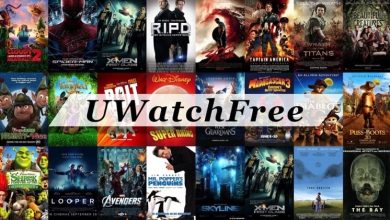 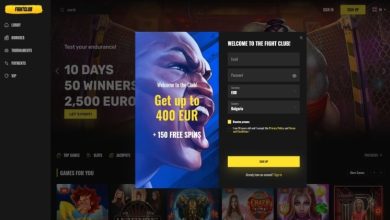 How to Join the VIP Program at Fight Club Casino 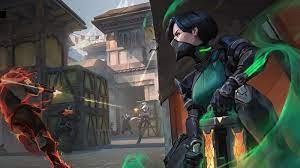 free credit without deposit, no need to share, get it, free stuff in the world is this way